Home About Us Our Pastors 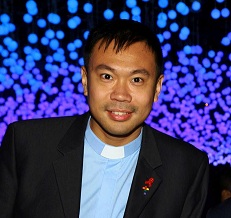 Miak has been serving as FCC’s full time pastor since he was ordained by the Metropolitan Community Churches in 2011 after completing his Master in Divinity at Pacific School of Religion in Berkeley, California. He received the Koinonia Award for his contributions to spiritual, social and community life during his time in PSR.

He believes that while religion has been often the cause of conflict and oppression, it can also be a source of strength and hope and an agent for change. His own marginalisation as a gay man has sensitised him to the suffering and oppression of other marginalised groups. He hopes he can live up to what is required – To do justice, and to love kindness and and to walk humbly with God – Micah 6:8 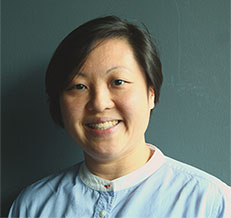 Pauline grew up learning about God while she was attending a mission school. She was drawn to this loving God but she struggled to reconcile her spirituality and sexuality because she was sure God could never accept someone who was gay. But God reached out to her in a special way when she was 19 and that personal encounter changed her life. Going to seminary deepened her walk with God further and contributed to her journey towards reconciliation. A long-time member of the Methodist Church, she has served in various ministries, both locally and overseas. She spent four years in Japan, serving as a project coordinator in Love Japan 2000, a project initiated by Campus Crusade Asia Ltd. In that capacity, she helped set up partnerships with the local Japanese government and churches to organize community projects, mission trips and intercultural activities for Singaporean teams and their Japanese hosts. She received her Bachelor’s degree in Sociology and Japanese Studies from the National University of Singapore. Placed on the Dean’s List for meritorious achievement, she remains a lifelong student of contemporary cultures and societies. She also holds a Master of Arts (Intercultural Studies) from Singapore Bible College and a Master in Counselling from Monash University. Motivated by her passion to nurture spiritually and emotionally healthy communities, Pauline is humbled by the opportunity to serve as a pastor in FCC.